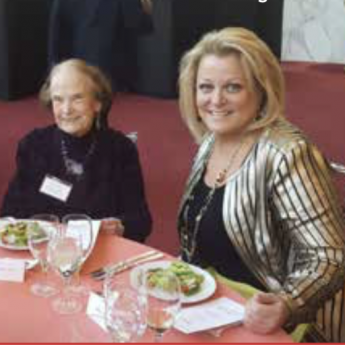 For the eighth year in a row, the Met will host a special weekend for supporters of the Saturday Matinee Radio Broadcasts, featuring an exciting line up of performances and an exclusive look into the world of the broadcasts with the radio team and Met Broadcast Ambassador Deborah Voigt. Attendees will enjoy a live radio taping hosted by Voigt with the cast of Wagner’s Ring cycle, a master class, cocktail receptions, and dinners.  In addition to the featured performances of Saint-Saëns’s Samson et Dalila, Puccini’s Tosca, and Mozart’s La Clemenza di Tito, guests will have the opportunity to see Wagner’s Die Walküre—in a rare chance to watch the opera outside of the full Ring cycle—and to attend the National Council Grand Finals Concert, showcasing some of opera’s most promising young artists.

This year’s weekend will take place between Thursday, March 28, and Sunday, March 31. For more information, please contact the Special Events office at (212) 870-7492 or [email protected].

The Encore Society recognizes and thanks those generous individuals who are leaving a future legacy to the Metropolitan Opera through their wills, retirement plans, life-income plans, and many other creative planned giving arrangements. for more information visit the website.