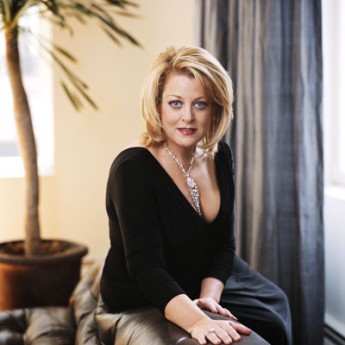 Already beloved as a guest-host on WQXR and a regular host of the Metropolitan Opera’s celebrated “Live in HD” transmissions, Voigt has been chosen to launch WQXR’s Carnegie Hall Live series this season, becoming the first in a series of celebrity hosts that will also include multiple Emmy and Tony Award-winner David Hyde Pierce and New York Philharmonic Music Director Alan Gilbert. She joins WQXR’s Jeff Spurgeon to co-host the station’s live broadcast of Carnegie Hall’s Opening Night Gala on October 1, when Sir Simon Rattle leads the Berlin Philharmonic and Anne-Sophie Mutter in a program of Rachmaninoff, Stravinsky, and Bruch. This engagement is Voigt’s first as WQXR’s Artist-in-Residence, a new annual appointment that, over the course of the season, will also feature her as host of the classical station’s new fall series “The Sopranos with Debbie Voigt”; as host and performer at the New York Public Radio Gala (Nov 17); and as co-host of a number of opera events and masterclasses at The Jerome L. Greene Performance Space at WQXR. She is well suited to the role, remaining, as the New York Times observes, “the only diva who might carry on Beverly Sills’ role as ‘opera cheerleader’ in America.”