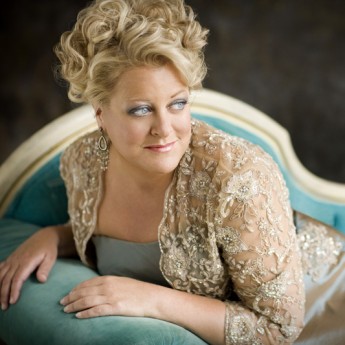 From Beethoven to Broadway in the concert hall

Voigt appears with three orchestras herself this season. She pairs arias from Die Walküre and Fidelio with showtunes by Gershwin and Kern at the Las Vegas Philharmonic’s season-opening event to mark the official debut of the orchestra’s new music director Donato Cabrera, with whom she previously collaborated in Chicago and San Francisco (Sep 27).

She also headlines the season finale of the University of Southern Mississippi Symphony, which presents “An Evening with Deborah Voigt” on April 25. Led by music director Jay Dean, her program combines Strauss, Wagner, and favorite Broadway selections with the world premiere of the orchestral version of Three American Songs by Ben Moore. The American composer is one Voigt knows personally, and for whose music she feels an especial affinity; her interpretation of his songs may be heard on her bestselling solo Angel/EMI album, All My Heart: Deborah Voigt Sings American Songs, which was named one of the “Best of the Year” by Opera News magazine.