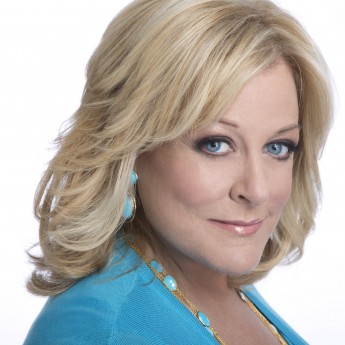 This season marks the silver anniversary of Deborah Voigt’s Metropolitan Opera debut, a milestone the Metropolitan Opera Guild looks forward to honoring at its annual luncheon this winter. Over the course of her long and distinguished career, however, the soprano has yet to help create a new opera. That changes this fall, when she stars in the Albany Symphony’s orchestral premiere of Roscoe: An American Grand Opera by Evan Mack, who composed it expressly for her voice. Other highlights of 2016-17 see Voigt – one of the world’s most versatile singers and music’s most endearing personalities – join Fabio Luisi and the Danish National Symphony for accounts of Wagner’s Wesendonck Lieder in Copenhagen and on a five-city tour of California; reunite with pianist Brian Zeger for a recital of Beach, Bernstein, Tchaikovsky, and Strauss in Toronto; and reprise her confessional one-woman show, Voigt Lessons – a knockout at its New York City premiere – in Colorado. In addition to hosting a trio of “Met: Live in HD” transmissions to movie theaters around the globe, judging multiple vocal competitions, and undertaking a host of masterclasses, she also launches a new appointment as a full-time member of the voice faculty at the San Francisco Conservatory of Music; continues to supervise repertoire, casting, and production choices in her new role as Artistic Advisor to Florida’s Vero Beach Opera; and returns to the University of Notre Dame to resume her multi-year position as the school’s Artist-in-Residence, crowned by a nationally televised appearance at its upcoming football game against the University of Miami. As the Wall Street Journal put it, “Not only has her majestic voice made her fans love her, but so has the soprano’s profound feeling for texts and subtleties of musical style, not to mention her genuine sense of humor.”