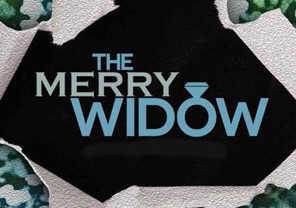 “Internationally renowned … for her unique combination of exquisite singing and hilarious comic acting” (Vanity Fair), Deborah Voigt turns her talents to operetta next month, when she makes her title role debut in Lehár’s The Merry Widow. In a new production from award-winning director Kelly Robinson at Michigan Opera Theatre, the soprano will head a cast that also features Roger Honeywell, Amanda Squitieri, Aaron Blake, and Richard Suart as Baron Mirko Zeta, with Gerald Steichen leading from the pit (April 11–19). This engagement marks Voigt’s return to the opera house after a pair of major successes beyond it: HarperCollins’s publication of her candid, funny, soul-baring, and utterly compelling memoir, Call Me Debbie, and the New York City premiere of her confessional one-woman show, Voigt Lessons.

Looking forward to her first appearances as Lehár’s Hanna Glawari, Voigt comments: “This is one new role I’m really excited about! After all those years spent deep in the exploits of the Valhalla gods, taking a break to work on my Merry Widow waltz should be a blast.”