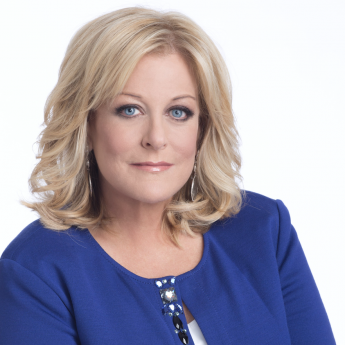 Beloved American sopranoDeborah Voigtis now represented by San Francisco’s Promethean Artists. Previously represented by Columbia Artist Management (CAMI), the soprano has won renown in the widest range of repertoire, from leading roles in the operas of Wagner and Strauss to Broadway standards and the Great American songbook. The change in management reflects what she considers a return to her roots, as she moves from an opera-centered repertoire to the music that first inspired her to choose the life of a singer.

“I am so excited to be opening this new chapter in my career, and to be navigating the journey with a new management team that is fully behind my vision for the future. I have been blessed for nearly three decades to sing the greatest operatic roles on the world’s most important opera stages. But I have reached a time in my life and career when I want to focus more of my creativity and energy on the music that drew me into singing in the first place, including the gospel music I have sung at church since I was a child and more of the music of Broadway.

“I want to continue to perform American standards, which I have always included in my recitals, but I also want to perform the popular songs and music from the musical theater from our own times. Simply put, I want to program and perform more of the music I most love and want to sing, from those Karen Carpenter songs I fell so madly in love with as a teenager, to the Sondheim standards I adore, to music by some of the extraordinary singer-songwriters of today.”

“We are thrilled to welcome such a distinguished and accomplished artist as Ms. Voigt to the Promethean roster! In addition to being one of the most celebrated Wagnerian sopranos of our time, she is an icon in the global operatic community and her contributions to the art form, both on the leading stages of the world and on screen as a featured host on the Met’s ‘Live in HD’ program, have inspired generations of audiences and artists alike. Promethean Artists looks forward to working with Ms. Voigt as she enters this new exciting stage of her career.”

“Promethean Artists is exactly the kind of company I want to work with as I begin this new chapter of my career. Adam and his team represent a splendid mix of extraordinary talents, and I’m very excited to partner with an agency that concentrates its efforts on a select roster of artists. The fact that they are based in my hometown, San Francisco, affirms the feeling I have that my life and career have truly come full circle.”

While looking ahead to new horizons, Voigt also looks back with gratitude on the long and fruitful relationship she enjoyed with CAMI. She explains:

“I am particularly grateful to Andrea Anson and Tim Fox for their invaluable support and guidance, both personally and professionally.”

As one of today’s most versatile singers and music’s most endearing personalities, Deborah Voigt is an inspiration to singers and audiences the world over. A leading dramatic soprano, she has given definitive performances of iconic German operatic roles from Salome to Isolde. Also a devotee of Broadway and American song, she has sung with Rufus Wainwright at London’s BBC Proms, Kristin Chenoweth at Carnegie Hall, and Barbara Cook and Dianne Reeves at the Hollywood Bowl. Her extensive discography includes two EMI solo albums – All My Heart, named one of the “Best of the Year” by Opera News, and the Billboardbestseller Obsession– as well as Deutsche Grammophon’s Grammy Award-winning Blu-ray set featuring her portrayal of Brünnhilde in Robert Lepage’s visionary Metropolitan Opera “Ring” cycle. She has frequently appeared as both performer and host in the Met’s “Live in HD” series, and serves as Artistic Advisor to Florida’s Vero Beach Opera.

Voigt has shared her story through performances of her one-woman show, Voigt Lessons, and in her acclaimed HarperCollins memoir, Call Me Debbie: True Confessions of a Down-to-Earth Diva. Her numerous honors include first prizes in Moscow’s International Tchaikovsky Competition and Philadelphia’s Luciano Pavarotti International Voice Competition. A Chevalier dans l’Ordre des Arts et des Lettres, she was MusicalAmerica’s Vocalist of the Year 2003, won a 2007 Opera News Award for distinguished achievement, and has received Honorary Doctorates from Smith College and the University of South Carolina. She was named one of the Los Angeles Times’s 25 cultural tweeters to follow.

Promethean Artists is committed to innovating classical music management, bringing it into the 21st century while honoring the past. The company’s uniquely creative approach is built on the foundation of modern business management and on the three principles of artist first, trust, and hospitality. Through these principles, the company enables artists to unleash their creativity by allowing them to focus on the art form that is central to the music business. Through individualized services, attention to detail, and supportive encouragement, Promethean Artists is uniquely qualified to champion the modern classical artist.

President and Founder of Promethean Artists, Adam Cavagnaro holds both a Bachelor of Music in Vocal Performance from Montclair State University and a Master of Music in Vocal Performance from Manhattan School of Music. Fusing skills acquired during his time as a performing artist and from his work in the hospitality industry at some of New York’s fine dining restaurants (Gramercy Tavern, Nobu, Mormimoto), Cavagnaro’s approach provides artists with proactive, thoughtful, and innovative solutions to everyday challenges encountered in the classical music industry. A former Vice President, Artist Manager at IMG Artists, Cavagnaro began his career in artist management as a Managerial Assistant in 2012, when he teamed with Senior Vice President and Director of Vocal Alec Treuhaft on top artists including Gerald Finley, Christine Brewer, and Matthias Goerne. As the only California-based artist manager representing vocalists, in 2014 Cavagnaro was tasked with developing the West Coast presence of IMG Artists. He currently lives in San Francisco.