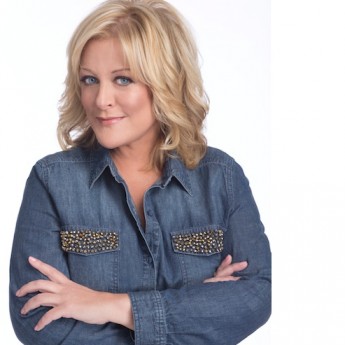 Deborah Voigt’s memoir, Call Me Debbie – True Confessions of a Down-to-Earth Diva (HarperCollins), comes out in paperback on Tuesday, January 26 (available for pre-order now, from Amazon and Barnes & Noble). When the soprano’s literary debut first hit bookstores last January, the press sat up and took note. The Associated Press called it “a startlingly frank look at the life of one of her generation’s most prominent operatic stars,” Opera magazine confessed: “this extremely candid volume is hard to put down,” and the Boston Globe compared it to “your best girlfriend talking to you and telling you her story.” On February 3, Floridian fans can also hear that story in person, when Voigt takes her confessional one-woman show to The Society of the Four Arts in Palm Beach. Developed in close collaboration with Terrence McNally and Francesca Zambello at the famed MacDowell Colony, Voigt Lessons weaves 18 songs and arias of special personal significance to the soprano into a vivid and often moving account of her life and career. Directed by Richard Jay-Alexander with music direction by Kevin Stites, the work proved “a seismic event” at its New York City premiere, when Broadway World explained:

“She is immediately likable and is funny and heartbreaking, all at once. … This show is a thoroughly engaging hybrid of entertainment and an extraordinary opportunity to see a big star in an intimate setting.”

The Grammy Award-winner looks forward to reprising Voigt Lessons for two performances at the San Francisco Opera in May. Meanwhile she hosts WQXR’s Live from Carnegie Hall broadcast of Jonas Kaufmann’s upcoming vocal recital at the storied New York venue (Jan 31), and makes a special guest appearance at the Gershwin Winter Gala Celebration, joining the Little Orchestra Society for Gershwin favorites in a benefit honoring WQXR at New York’s Florence Gould Hall (Feb 1). Spring also finds Voigt back in Florida, when the Deborah Voigt/Vero Beach Opera Foundation holds its inaugural International Vocal Competition. Young opera singers from around the world will compete for cash prizes of up to $10,000, titles, and performing opportunities; more information is available here (March 24–26).

The soprano recently won plaudits for her first foray into Gilbert and Sullivan, in The Pirates of Penzance with Ted Sperling and MasterVoices. “Who knew that this world-famous Wagnerian soprano would make such a charming Ruth?” marveled the Epoch Times. “It was tremendous fun seeing opera superstar Deborah Voigt let loose,” agreed Interludes. As the New York Observer reported, she was:

“… sparkling, witty, warm and utterly delightful, … outshow[ing] a cast of Broadway veterans. She found all the laughs in the dialogue without resorting to exaggerated mugging, and she sang the low-lying lines of this alto part with an easy mix of chest and head tones. If she looked a trifle glamorous, … that was all part of the fun of a prima donna’s reinventing herself as a musical theater diva.”

HarperCollins publication of Call Me Debbie in paperback

The Society of the Four Arts