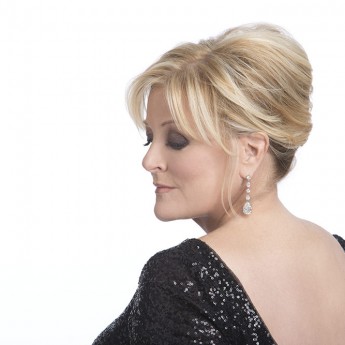 Voigt Lessons was developed in collaboration with award-winning playwright Terrence McNally and director Francesca Zambello, with whom the soprano has enjoyed a professional relationship for more than two decades; in fact, it was in Zambello’s production of Salome at Lyric Opera of Chicago that Voigt gave her first performances in the title role. Opera News proclaimed the debut “inarguably a standard-setting one,” and the New York Times agreed; declaring it “a personal and artistic triumph,” Anthony Tommasini confessed: “I have never heard her sing with such fearless intensity.” Now, for her long awaited Dallas Opera debut, Voigt resumes her portrayal of Strauss’s heroine in the same Zambello production, with baritone Greer Grimsley as John the Baptist, tenor Robert Brubaker as Herod, and Evan Rogister leading from the pit (Oct 30–Nov 8). Voigt will also make her first performances as Hanna Glawari, the title character of Lehár’s The Merry Widow, in a new production by Kelly Robinson at Michigan Opera Theater (April 11–19).